About Us / Our Company History

Vito Battigaglia was born in 1928 in Cutro, Italy (See Memorium below). Vito immigrated to Canada in 1953 as a single man, entering the country through the famous Pier 21 in Halifax Nova Scotia. The purpose of the trip was to visit his sister who lived with her husband in North Bay Ontario, and to find work in the area. Vito did find employment and tried his hand at various trades over the next 8 years.

Returning to Italy in 1962, Vito married Maria and brought her back to Canada with him, and at that time settled into a new job with Standard Paving, where he found his niche in the concrete construction division. The family grew over time to include 3 children and 5 grandchildren. Maria continues to live in North Bay, the city she & Vito made their home

After many years with Standard Paving, the executive of the company decided to close the concrete construction division in the North. Vito then had to decide whether to relocate with the division, stay with the company in a different field in North Bay, or move on. He instead decided to go into business for himself, and thus, Battano Construction was born in 1975.

In 1977 Battano purchased its first curb machine. Since then the company has progressed through six machines to present day, where they now have two sophisticated, state of the art curb and gutter machines. Since 1975, the workforce has increased by 300% while annual contracts have increased by over 250% in the past 10 years. Watching the company grow steadily, Vito stayed true to his roots, and become a well respected contractor and subcontractor with a reputation for quality work, always remaining loyal to his own rigid standards.

Nick and son-in-law Andy McCourt continue to provide for their customers in Vito’s tradition of excellence and high quality.

It is with deep sorrow that Battano Construction and the family of Vito Battigaglia announce the sad news that Vito passed away on December 11 2016 at Eastholme Home for the Aged in Powassan, Ontario.

Vito founded Battano Construction in 1975. Vito’s skill, determination and hard work grew the company from a 2-person operation to an employer of approximately 25.

Vito’s smile and his seemingly endless supply of tales from the ‘old days’ will be missed by all who knew him. 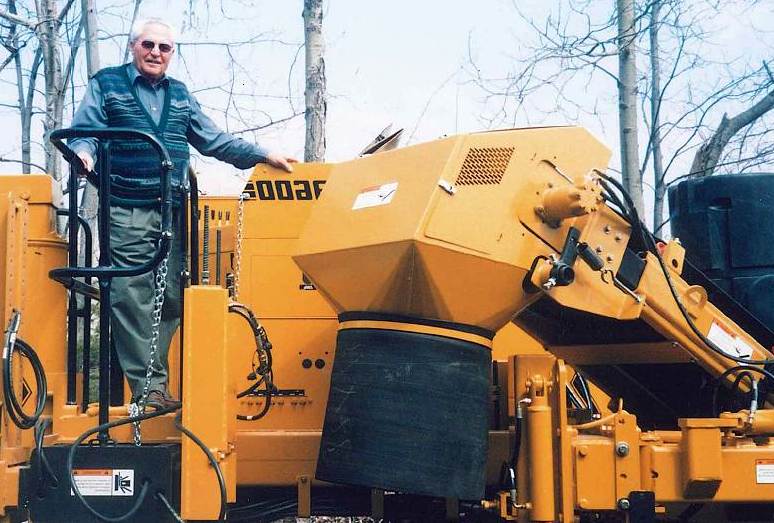